Whirling Dervishes of Istanbul Where and When to see

Whirling Dervishes of Istanbul Where and When to see
Founded around the 13th century in Turkish city of Konya, the Mevlevi order are a religious Sufi sect known for their centuries-old mezmerizing and mystical Sufi dance ceremony in which their whirling spins help them to reach a state of nirvana.

As important as Sirkeci Railway Station is to Istanbul today, it was even more essential to the history of this great city. For it is here that, between the years of 1889 and 1977, the famously luxurious Orient Express train would end its long journey from Paris’ Gare de l’Est.

A few reminders of the stations illustrious past remain, most notably the Orient Express Café which seems to remain frozen in time. Waiters in pristine, pressed white shirts and smart waistcoats move from table to table in the vast canary-yellow dining hall, straightening tablecloths and carefully arranging silverware for guests that haven’t yet, or may not, arrive. Behind the grand, mahogany bar and infront of ornate stained glass, the maître d‘ fastidiously polishes glasses for pints of Efes and Tuborg rather than the champagne and fine wines that would have been served in the late 19th century.

The Orient Express waiting room remains too, much as it would have been in the station’s glory days; a lofty ceiling and wood-panelled walls with a polished parquet floor and tall, colourful windows at one end speckled with pigmented glass. It’s in this nostalgic waiting room that I am patiently sat among a horseshoe of chairs with around 50 other spectators, hoping to see another centuries old spectacle that has an important place in Turkish history: the mystical whirling dance of the Mevlevi Sufi order.

whirling dervishes performing a sema ceremony in Istanbul, Turkey
A solemn silence falls over the audience as 5 musicians, dressed in long black cloaks and conical, beige hats enter the room and take their seats at the opening of our semi-circle. One by one they begin to play a eerie, etherial tune with their instruments; the ney, a long, thin middle eastern flute that produces a high, melancholy sound; two pear shaped ouds; and kettle drums. As one drummer ceases his pounding, he unleashes his voice in some of the most beautiful yet desolate, gutteral singing I have ever heard and the Dervishes begin to enter the room.

With slow, deliberate strides, they make their way around the perimeter of the ‘stage’. Each and every movement – their head nods and bows, the laying of a sheepskin on the floor opposite the door, and the way they carefully remove and fold their black robes – follow established traditions that are slightly lost on me and my fellow audience members, although it is clear that each movement has its own significance, much like the outfits worn by the dancers themselves.

On the dancers’ heads sit a conical felt hat called a sikke, coloured depending on the wearer’s sect, representing the tombstones of their egos. Their dark cloaks representing the wearers’ worldly life and are cast off before ceremony begins. Only when the Dervish is wearing just his white robe, is he ready to begin the complex whirls of the sema. The idea is that this ritual mimicks leaving the earthly world behind in order to become one with god.

The Mevlevi Sufi order was founded in the 13th century by by Jalaluddin Rumi, the famous Sufi Muslim mystic and poet living in Kony, then the capital of the Turkish Seljuk Empire. He would fast, mediate and eventually dance by whirling himself in circles in order to reach enlightenment. His followers, known as ‘the gentle ones’, practiced principles of love, tolerance and giving up one’s existence and ego to unite with God. By the 15th century, other sects started to spread his dance, called the sema, throughout the Ottoman Empire. The most renowned sect was the Mevlevi order. 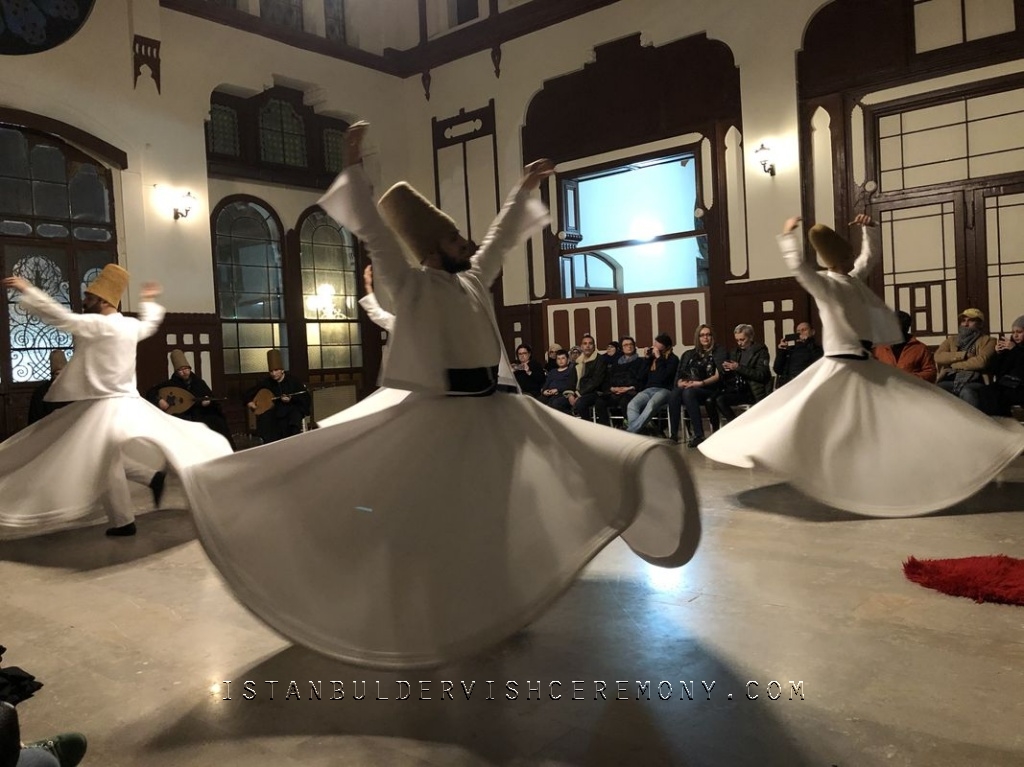 Whirling Dervishes dancing at a sema in Istanbul
The Sema Ceremony
Although the dancer’s preparations are mimicking death, they seem very much alive as one by one they slowly begin to spin – always anti-clockwise and propelled by the right foot as the left stays planted to the ground – into the centre of the floor. With each centrifugal rotation, their gowns lift slightly higher until they’re aloft, turning in the air like a thin, fabric spinning top. The dancers tilt their heads and open up their arms until their hands are raised above thems, the left palm facing down, spreading peace and wisdom, the palm of the right hand facing up in order to receive the positive energy of heaven.
For 30 minutes they spin in a trance, only stopping for well-choreographed bouts of bowing and pacing. I’m mesmerised by the music and planetary motion of their bodies. A sense of calm has washed over the once fidgety audience.

In the back of my mind I can’t help but wonder if this is all for show; if the men are really meditating and feel that they are communing with god; if they are putting on an act for the benefit of us tourists.

In the end, it doesn’t matter. This ritual has always been performed before an audience, never in private, and its point is to bless the spectators, not the whirlers. If I had watched a ceremony 500 years ago, it would have been very much the same.

I may not leave enlightened, but I’m glad that this beautiful tradition is still alive, even if it is mostly for the benefit of tourists like me.

Where are the Best Places to see a Whirling Dervish Ceremony in Istanbul?
Although the best place to witness the Whirling Dervishes is in Konya, where the Mevlevi order was founded in the 13th century, Istanbul remains of the easiest cities in Turkey to watch a ceremony due to the large number of touristic shows.

Also, during the past decade, following the Mevlevi ceremony being designated ‘Intangible Cultural Heritage’ status by UNESCO, a number of lodges have been reestablished in Istanbul. These lodges include the Galata Dervish Lodge, which was built in 1491 and houses a museum; the Yenikapi Dervish Lodge, which originally opened in the 16th century; and the Bahariye Dervish lodge. 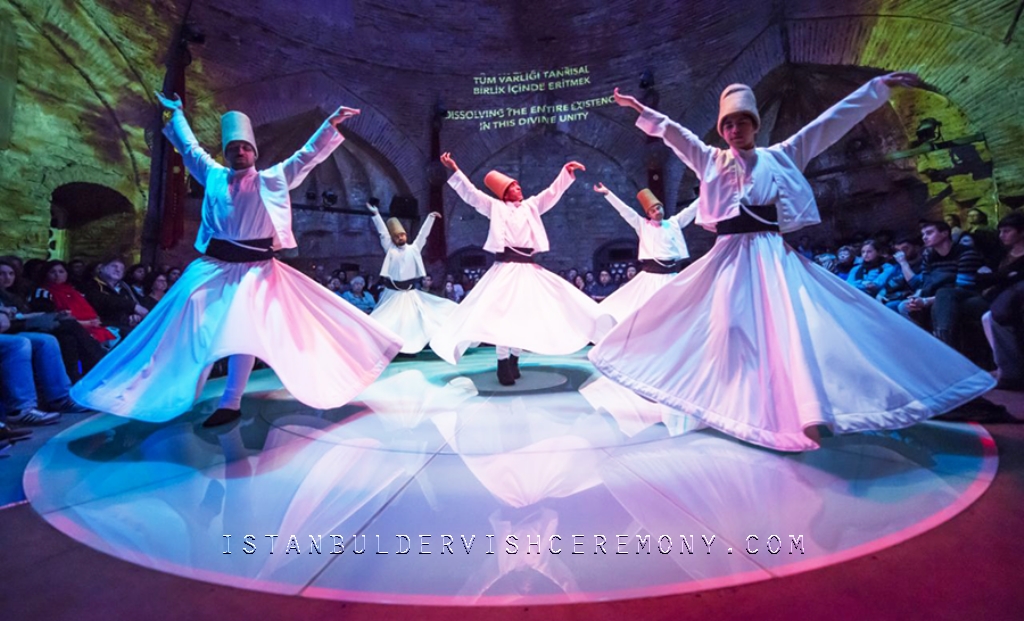 Situated in a beautifully restored hamam that dates back to the days of the Ottoman Empire, Hodjapasha is a culture and performance centre that puts on a Dervish performance each evening. Although many consider this to be the city’s most ‘touristy’ Whirling Dervish show, Hodjapasha Culture Centre also contains an exhibition Dervish objects such as clothing and instruments. 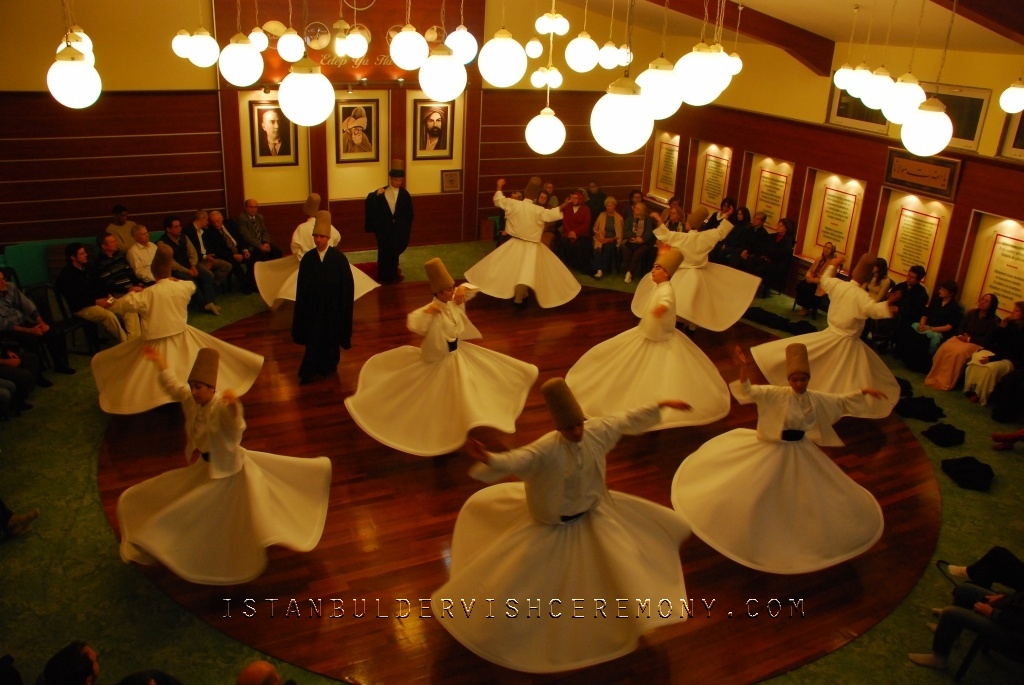 For a performance that is considered by many to be much more ‘authentic’, our monasteryhosts a much longer performance each thursday evening. The 3-hour long performance includes a Q&A session and prayers as well as the sema.

When: Thursdays only at 20:00
Price: book an excursion (including transport) through Les Arts Turcs for €29
https://istanbuldervishceremony.com/product/whirling-dervish-ceremony-real-monastery-in-fatih/ 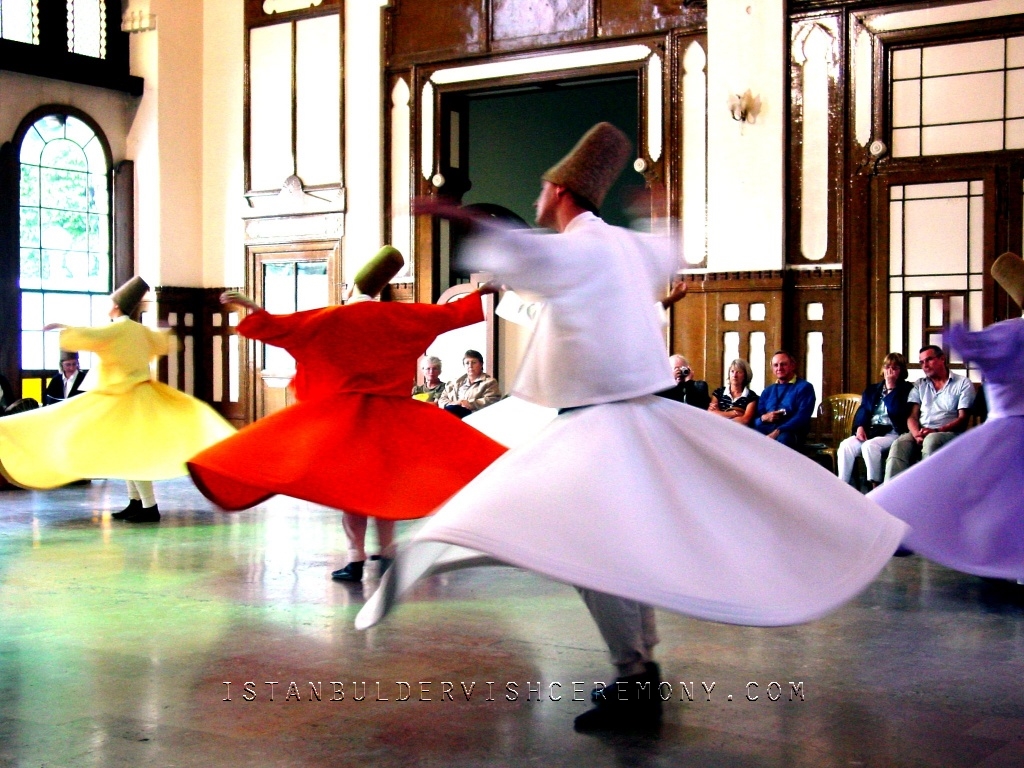 Each evening, the whirling dervishes take to the floor of the old Orient Express waiting room in the beautifully historic Sirkeci Train Station for an hour long performance.

Where: Marmaray Sirkeci İstasyonu
When: Daily at 7.30pm, although free tea and drinks are served from 7pm.
Price: ₺150. Tickets can be bought from online